The number of Smart Devices has increased tremendously just in the past few years
And it looks like this trend is not going to slow down. From your smartphone to smart doorbells, smartwatches, the list is growing daily of the electronic devices that are connected to the Internet.

Just how much privacy (and personal security) are you trading in for convenience? Just how smart is it to use these devices?

Has Your Smartphone Been Hacked

Smart devices are everywhere, and most of us own at least one. So let us look at some privacy issues these devices represent, so you can make an informed decision about which ones you want in your home, business or to carry with you everywhere you go.

What Are Smart Devices?

A smart device is any electronic device that can be connected via a Wi-Fi, Bluetooth, or other networking protocols and “can operate to some extent interactively and autonomously”.

At the top of the list is your smartphone. But the list of smart devices has exploded in the past few years to include the following:
Smart speakers such as the Amazon Echo (Alexa). The Google Home, and similar devices that are voice-activated and can control other smart devices.

Smart doorbells, garage door openers, locks, and surveillance cameras that allow you to control access to your home, (and record activity outside your door) all using your smartphone.

Smart household items such as thermostats (e.g., Nest), vacuums (e.g., Roombas), televisions, pressure cookers or slow cookers (e.g., Instant Pot), light bulbs, order buttons, washing machines and dryers. As well as other items that can be programmed, controlled by a Mobile Device, and may even communicate with utility companies or online merchants.

Smartwatches, fitness devices, jewelry and similar items that record biometrics, count your steps, and deliver data to your phone or a website.

Smart tech for your car. This can include radios, GPS, and other technology.

This can show just how widespread smart technology has already become. 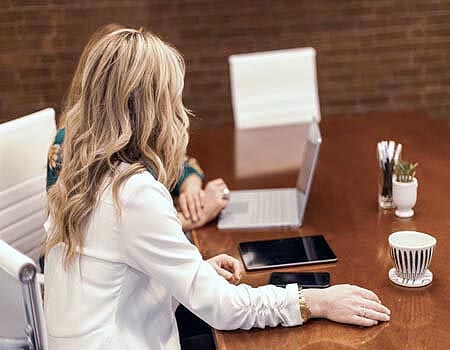 One of the biggest worries seem to be is Do Smart Speakers Record Your Conversations?
Google admits new smart speaker can secretly record your conversations.

The second most used smart devices is a smart speaker such as an Amazon Echo or a Google Home (and similarly, Apples Siri, Google Now and Microsoft Cortana on our Smartphones). These devices allow us to ask for the time or weather, play games, music, control household devices such as thermostats, lights, and many other things. These work by always having a speaker listening for its “Wake Word.” The question we should ask is these devices innocent bystanders that are "asleep" when not in use, or are they recording everything?
Also see our blog on Why You Should Care About Online Privacy and Security.

You gave Them Permission?

With-out even knowing it if you have a smart speaker in your home, you granted the company the right to eavesdrop in your home, for reasons that are sometimes unclear (and mostly unregulated).

The answer may not be what you want to hear?

While the companies behind them (e.g., Amazon and Google) state that they do not listen to, or record, any conversations other than what is needed for the devices to function. But it may not be just that simple.

Involving a murder case in Arkansas, police tried to get Alexa recordings as part of the investigation. Amazon refused to turn over records, claiming "First Amendment protection". But they never denied the recordings existed.

There was also reported about an Amazon customer who requested all the data this company had collected about him. He received a recording of a conversation made with an Echo device in someone else's home. Both incidents show two things we should differently remember:
Amazon’s Echo devices are recording devices and are saving at least some conversations in our home, something Amazon had denied in the past, so it is not always what the device hears after the "Action Word". Amazon’s data is not as secure as we might like to think.

We also learned recently that Amazon has thousands of employees listening to Alexa conversations. Also, The New York Times also stated that Amazon’s Terms Of Use allow the company to share some specifics of your interactions with Alexa “skills” from third-party developers. And Google’s terms of use specifically note that the company “transcribes what you say and sends the text, but not the audio, to the third-party service provider”.

Since 2017 we heard that that smart TVs, at least those manufactured by Vizio, spied. Thanks to a report from the Federal Trade Commission. And now it is not just Vizio we need to worry about.

Currently, Television manufacturers use a technology known as Automated Content Recognition (ACR) that collects data on our viewing habits. But it will also capture anything visible on the screen, including gaming, DVDs, and other content. As Tech Hive noted, Your devices can help you find content you want to watch. But generally this data is sold to third parties for marketing purposes. You might think you are not impacted by this technology because your television doesn’t have “smart” capabilities. Think again. If you watch TV via Hulu or Netflix, use a Roku, Apple TV, or Chromecast device. Or purchase movies and TV shows via iTunes or Amazon Prime. Your viewing habits (what, where, and how you watch TV) are all captured and sold to advertisers.

Even though big companies are able to spy on us, but what these devices represent for a skilled hacker?

In a chilling report by The New York Times that it is possible to send undetectable commands via all of these smart speakers. And smartphone assistants like Siri that can cause the devices to make telephone calls, open websites, or operate other smart devices.

And it doesn’t stop with smart speakers. These commands can also be embedded within YouTube videos. As the article noted, “In the wrong hands, the technology could be used to unlock doors, wire money or buy stuff Online, simply with music playing over the radio”

If you purchase a Roomba or other smart vacuum, you’re allowing that company to gain a map of your house, which could represent a security concern, especially since smart locks and security systems are vulnerable to hacking. Google Home and Chromecast devices leaked precise user information data.

And, for some brands at least, smart light bulbs contain your Wi-Fi password and other data that a determined hacker could extract.

In possibly the most extensive data collection to date, computers within Tesla automobiles amass a huge amount of data about their drivers, including video from inside the vehicle, data on crashes, and even contacts and other information from smartphones. As CNBC notes, “trashed Teslas that are sent to salvage can yield unencrypted and personally revealing data to anyone who takes possession of the car’s computer and knows how to extract it.” These devices represent a potential safety risk, especially if the firmware is not upgraded with security patches regularly.

You might think it’s not a big deal that Amazon, Apple, Microsoft, or Google is listening to you, but the reality is troubling. What if a conversation you have with someone ends up in the hands of one of your friends or relatives?

What if a stranger finds out something and decides to use that information against you? Your interaction with these devices is worth considering if you value your privacy. And keep in mind many other devices including your computer and phone can be used to compromise your privacy. Suffice it to say that digital eavesdropping and data collection remains a real concern. And without sufficient legal protection for how companies should collect or protect the data

As TechCrunch states that: "The Internet is intangible, and so its privacy risks appear to be too. It’s one thing to know, in the back of your mind, that Facebook has the ability to comb through your private messages. But when devices in your home are recording your spoken conversations and physical movements, it’s harder to ignore the looming threat of potentially disastrous privacy violations".

Smart devices are here to stay. Once you start using them, it is difficult to imagine life without them.

Lawmakers are starting to pay attention?

The Electronic Privacy Information Center is pushing for more robust disclosure rules for smart devices and recommends consumers become better informed about what kinds of information are being collected and how they’re being used.

What can we do to protect ourselves?

The New York Times has an excellent guide (with pictures!) to disabling ACR on every major TV brand. You can also go a step further by not connecting your TV to Wi-Fi to begin with, effectively turning it into a dumb TV. Wired also looked into this issue, and they break down the steps to disconnecting various brands’ smart TVs from the Internet, so it’s worth taking a look.

There is a limit on what you can do, but consider disabling "calling - messaging" features, don’t provide your contact list, and use the mute button often.

To reduce the chance of a hacker getting control of your smart devices. Change the default username and password on your router as well. ALL smart devices that connect to your network should be using strong passwords that are unique to each device or service.

Do not Enable all Features

If a device like a cooker or washing machine offers Blue-tooth connection to your smartphone, ask yourself if you really need that? Just because the option is available, you do not want to open yourself up to vulnerabilities.

Keep all Software Up to Date

You may not always be able to update the firmware on all devices, try to make sure that the manufacturers apps are current, as well as your operating system.

The "Smart Device" market is still in its infancy, and there are new devices coming out every day, as well as new uses for the data being collected. While it can be almost impossible to keep up with all the developments, it is a good idea to keep yourself informed about how smart devices are being used and how you can protect yourself.

We hope you have found this article helpful.

We would love to hear your thoughts about smart technology, security, privacy or anything else.

Robin H
Thank You for covering detailed way to help and protect us.

William J
This is very helpful. I understood this well written post. 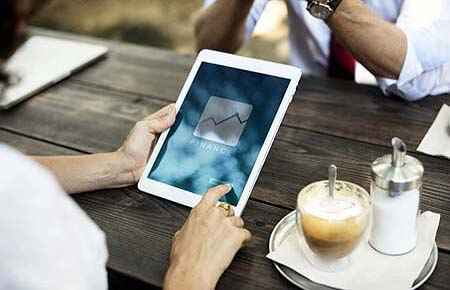 Websites unfortunately have a high degree of Security Risks. So are the Internet Networks that the Web Servers connect to 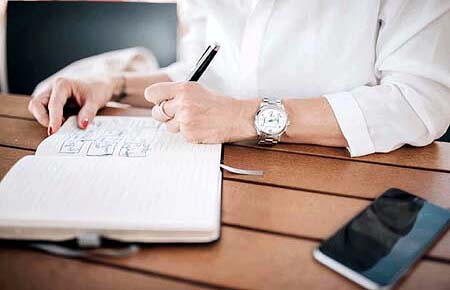 What is ConfigServer Security and Firewall

ConfigServer Security and Firewall (csf) is one of the most famous, powerful and advanced software firewalls available today 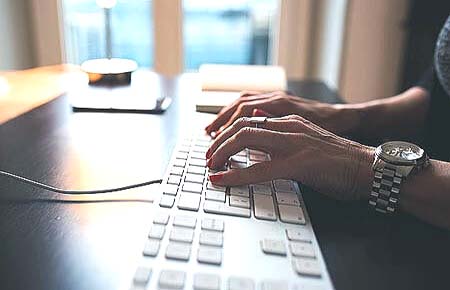 What is and Why You Need DDoS Protection for your Website

Continue Here
We are dedicated to providing you with the best and reliable website hosting, domain names, with the best customer service support